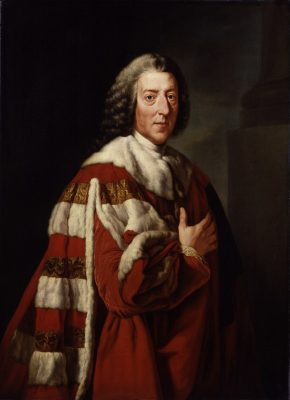 On the 9th February 1731 William Pitt, later 1st Earl of Chatham, was gazetted as a Cornet in the King’s Horse. Four years later he was to enter Parliament as the Member for Old Sarum, and was subsequently dismissed from the army for his maiden speech. The reason for his dismissal was that Walpole had managed to persuade the King, that every Member of Parliament who was a serving army officer, and who had opposed his Excise Bill should be dismissed from the service. 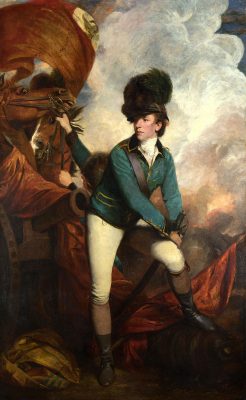 Banastre Tarleton was commissioned into the King’s Dragoon Guards in 1775 and immediately volunteered to fight in the American war of Independence. From his arrival there until his capture at the surrender of Yorktown in 1776, he proved to be a most able and energetic commander, frequently surprising and defeating far larger American forces.

The Dictionary of National Biography states that;

“He was a born cavalry leader, with great dash, as such he was unequalled in his time”.

He was later promoted Lieutenant Colonel but gave up his military career to become a Member of Parliament. 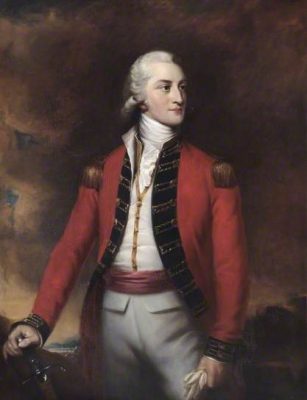 Guernsey man, John Le Marchant joined the Queen’s Bays as a Lieutenant in 1789 and stayed with them for four years. Subsequently he founded the Royal Military Academy, Sandhurst, becoming its first Superintendent. He was killed at Salamanca in command of the Heavy Cavalry Brigade whose magnificent charge was largely responsible for Wellington’s victory over the French.

It was said of Le Marchant that; “He was one of the few scientific soldiers in the cavalry arm”

He was also a gifted water-colourist.

Walter Clopton Wingfield was born at Ruabon, Denbeighshire in 1833. He was commissioned into the 1st King’s Dragoon Guards (KDGs) in 1851 and served as Cornet and Lieutenant in Ireland and England until 1858 when the Regiment was sent to India. He served as a Captain with the KDGs throughout the China Campaign of 1860 and was present at the surrender of Pekin. He resigned in 1861 and returned to his estates in North Wales and Shropshire. He was a Justice of the Peace for Montgomeryshire and became a Major in the Montgomery Yeomanry. He is best known as the “inventor” of the game of Lawn Tennis. Although he did not invent the racket and ball, he patented the game and drew up the first rules in 1874 and successfully marketed it throughout the world. He is thus acknowledged by the Lawn Tennis Association as “The Father of Lawn Tennis”. There is a club in the United States of America dedicated to his memory. Wingfield was a man of great energy and inventiveness. He was an early exponent of the new sport of bicycling and wrote a book “A Sportsman’s Guide, Bicycle Gymkhana and Musical Rides”. He founded a gourmet society, Le Cordon Rouge, and was for many years a vice president of The Universal Cookery and Food Association. A pipe tobacco, The Wingfield Mixture, was named in his honour in 1887 and is still sold today. His private life was marked by many personal tragedies. His three sons pre-deceased him, all at an early age and his wife was committed to a mental institution. He died in his London home in April 1912. He and his wife, who survived until 1934, are buried together at Kensal Green Cemetery, London. The grave is maintained by The Lawn Tennis Association. A stand at the All England Tawn Tennis Club is named after him and the Wimbledon Lawn Tennis Museum contains a number of artefacts connected with Wingfield and the origins of the game. In 1986 a biography of Wingfield was published in the United States. 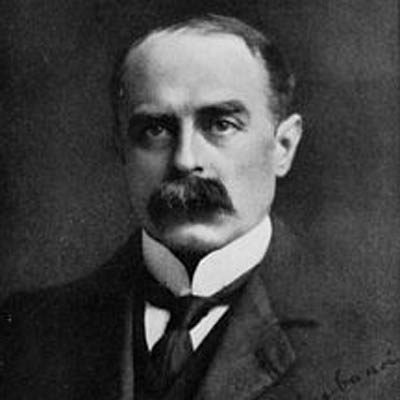 Francis Younghusband, the famous explorer, leader of the 1904 mission to Tibet, and later a mystic of international renown joined the KDG at Meerut on the Indian Plains in the summer of 1882. This poor intellectually-inclined, nineteen year old, burning with military enthusiasm was well aware that he was a misfit in a smart cavalry regiment. Yet, though critical, his letters home bear witness that he was received by most of his fellow officers with a tolerance and even sympathy he wrote; “I found that the art of warfare was the last topic of conversation that was likely to rise, I was at first disappointed to find this. I only recovered when I found that these same men, as soon as there was any active service in sight, would move heaven and earth to get there. Keenness for sport did not mean indifference to service in the field. All it meant was disinclination to the monotony of preparation. On the other hand I was surprised at the friendship I experienced. I had been taught to regard worldliness as synonymous with wickedness, and expected to find my brother-officers steeped in iniquity. To my surprise I found them excellent fellows; and in my heart of hearts I envied them their good nature. Best of all were the morning parade. The thought of what the regiment had done in the past and may do in the future made me sometimes cry with pride to keep ones wits about one and do the right thing at the right time and in the right way-was to feel a bigger person than one is by oneself alone.”

Younghusband’s abilities were quickly recognised and he became Adjutant of the regiment at twenty-one, but he was soon to be employed more and more frequently on special duties and afterwards only served infrequently with the regiment. 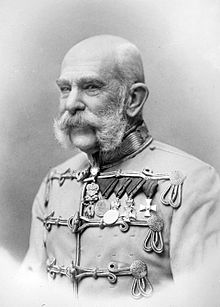 Early in 1896 Queen Victoria was staying at Nice, where she met the Emperor of Austria, Franz Josef, and offered him the appointment of Colonel-in-Chief of the 1st King’s Dragoon Guards. The Emperor accepted with pleasure, writing three years later to the Prince of Wales, “I am delighted with this beautiful present, which will always remind me of its kind donor, but also of the gracious disposition of the Queen, your noble mother, who did me a single honour when she appointed me Colonel-in Chief of the King’s Dragoon Guards.” The appointment was announced in the London Gazette of 24th March 1896.

By the Emperor’s command the KDG adopted as their regimental badge the Habsburg coat of arms, the Austrian double headed eagle, this being sanctioned for use as a cap badge, collar badge, and sergeants arm badge by the Army clothing Department. The Emperor also ordered that a set of band parts be sent to the Regiment; this was the Radetzky March composed by Johann Strauss in 1848 in honour of Field Marshall Count Josef Wenzel Radetzky, it has been the regimental quick march ever since. The Emperor also presented to the Regiment in 1907 an exquisite silver trumpet and ornate banner.

In 1908 The Emperor Franz Josef celebrated his Diamond Jubilee and ordered that a number of silver and bronze medals be awarded to the officers and men of his regiment. The medals were presented at a special parade held at Ambala on 2nd December 1908. 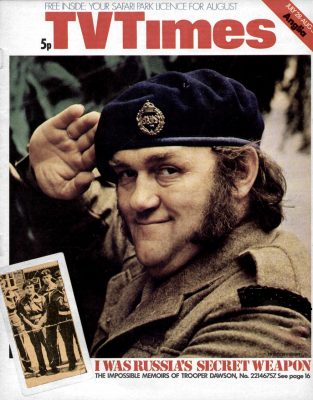 The famous comedian completed his National Service with The Queen’s Bays. In his memoirs he states he was a tank gunner based in Catterick and Germany and once guarded Rudolf Hess. 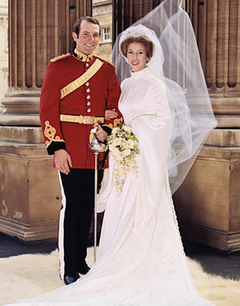 Captain Mark Phillips is an Olympic gold-medal winning horseman and the first husband of HRH Princess Anne, The Princess Royal. He remains a leading figure in British equestrianism.